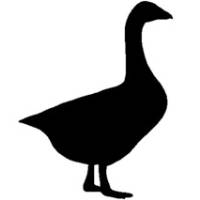 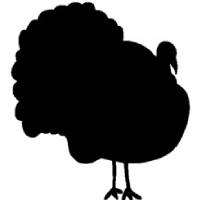 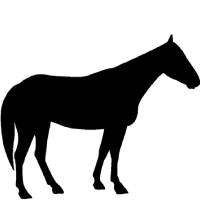 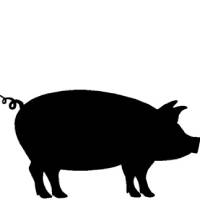 Heritage pigs not only healthier for you but live much happier lives. You are what you eat! Chemicals in your meat, chemicals in you.

Commercial Piglets are taken away from their mothers when they are as young as ten days old and crowded into metal-barred and concrete-floored pens in giant warehouses. Pigs live in these pens until they are separated to be raised for breeding or meat. Nearly 1 million pigs die annually just during transport to slaughter. A book writer Barry Estabrook visited a farmer in Iowa who raised 150,000 pigs a year and said “[The pigs] never see the light of day,” he says. “They never set foot on anything but a bare, hard floor. They breathe that poisoned air 24/7.”

Homegrown Heritage Piglets are weaned off their mother after about 8 weeks. Spending most of their time playing and drinking from Mom. After 8 Weeks they get moved to a safe outdoor pen, with vegetation, shade, fresh water, and free choice grain. They are allowed to explore and chase each other to their hearts content. When full grown, they are carefully loaded on to a trailer with shavings and food, heading off to their last call. Our pigs are either carefully butchered at home, where you can be educated on where all your meat comes from, or to a USDA approved butcher. Where the pig can be parted out and even smoked before packaging.

What are they Eating?

Commercial pork is pumped full of Anti-biotics, and pigs can actually be fed other pig flesh.

Commercial: numerous studies of pork in supermarkets in the U.S. show that the meat is carrying not only MRSA, but several other resistant bacteria. After seeing and eating a heritage homegrown pork, the look of commercial pork is just gross.

High-quality Lard
Conventionally raised hogs are bred for lean carcasses, but fat (aka lard) is what makes heritage pork sing. Heritage pork is marbled with fats that help a human body stay healthy and strong, thanks to beneficial fatty acids (mentioned above) that lower cholesterol. It is also high in vitamin D and void of harmful trans-fats, according to Wayne Martin, alternative livestock specialist at the University of Minnesota Extension. 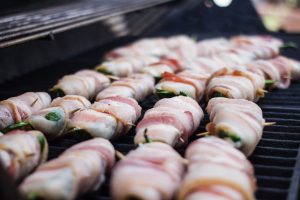 Commercial pigs grow up in tight and small environment, with no natural light. Their waist is also a huge problem. Farms are not able to safely dispose of all the urine and waist these pigs put out. They overload fields with fertilizer and the rain caries off all the antibiotics into the surrounding rivers and streams.

Homegrown pigs live outside with plenty of space to run around and dig up roots. They do great in all seasons. With a nice dry run in for those cold nights. Their waist (with 0 Anti-biotics) is used to fertilize gardens and hay fields. They also are used to keep overgrowth under control. Eating all those plants that have grown out of control. Heritage pigs are very smart and can care for themselves. Some electric fencing, fresh water, grain, and you have yourself a very happy happy pig. 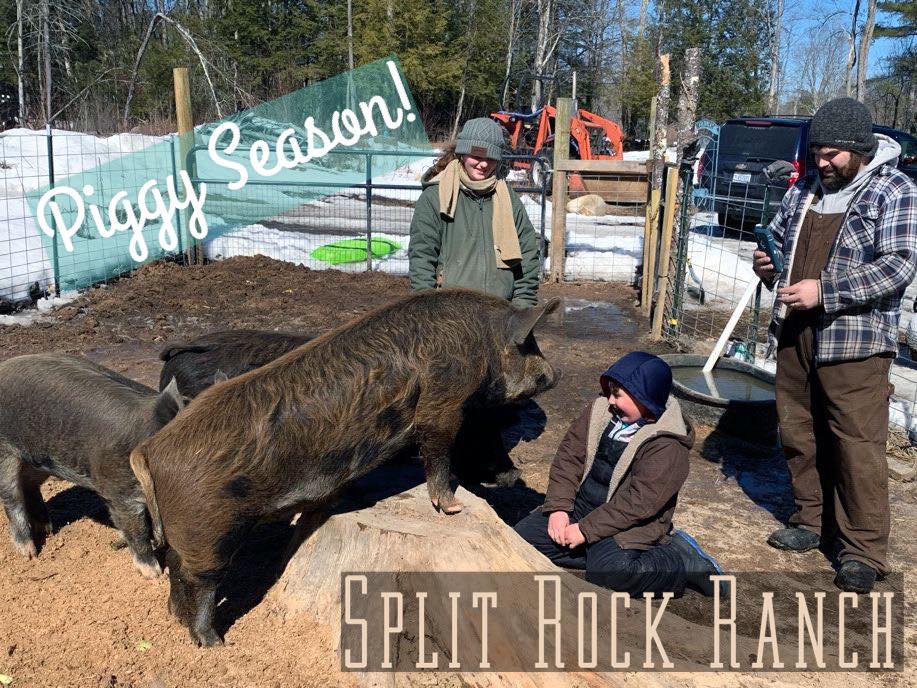 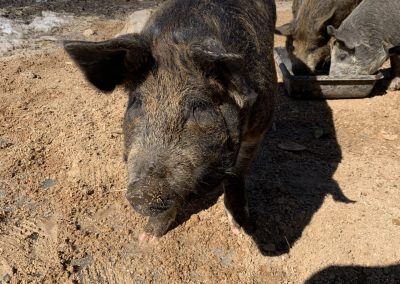 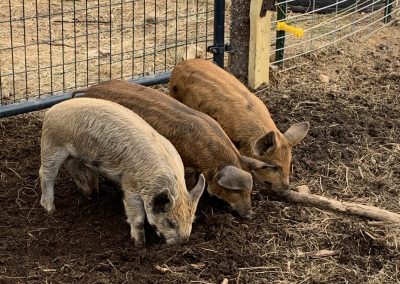 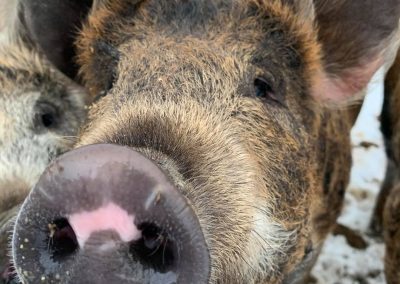 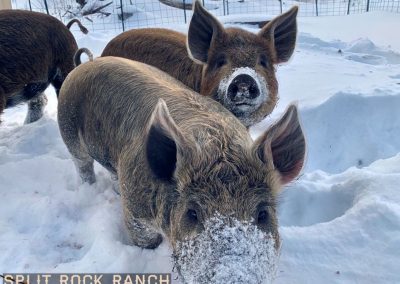